A pronoun is a word that is used in the place of a noun. If we want to describe a person, writing or saying that person's name in every sentence will look inappropriate and boring. There comes the role of Pronoun. For example, John is my classmate, and John is intelligent. So, instead of saying John is intelligent, we should use He is intelligent. The Pronoun is of different types, but two of its forms are Personal and Impersonal Pronoun. 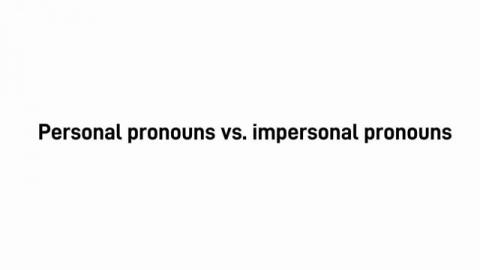 Personal pronouns vs. impersonal pronouns أساس There are different types of pronouns in English. They are used to avoid repetition of proper and general nouns. Pronouns can be personal or impersona
100%
100% 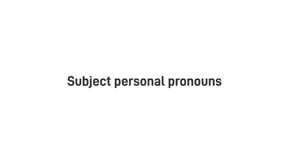 Subject personal pronouns أساس Personal pronouns refer to a particular person, group, or thing and are important to avoid repetition in sentences. In grammar, there are three cases
100%
100% 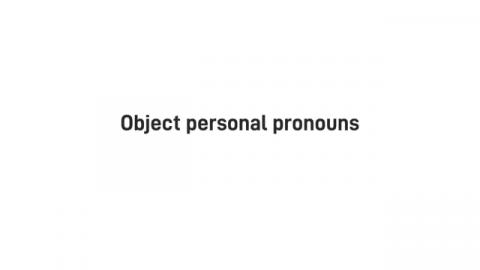 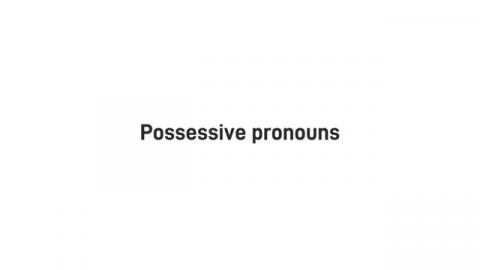 Possessive pronouns أساس Personal pronouns are very frequently used in English and they have different forms based on case, grammatical person, gender, and number. We have ide
100%
100% 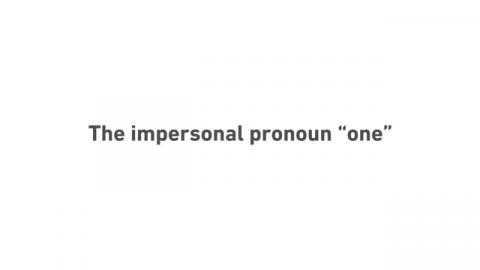 "The impersonal pronoun “one أساس The pronouns “one” and “you” are used to express something referring to everyone in general. In colloquial speech, the pronoun “you” is mostly used, w
100%
100%